2020 Summer Guide to Nashville: The Athens of the South

The Grand Ole Opry may be Nashville’s most well-known institution; but it’s far from the only thing to experience in this exciting travel destination. Music is part and parcel of the city itself. Nashville has connections to fabled country stars such as Bill Monroe, Lester Flatt, and Earl Scruggs. Jimi Hendrix was a regular at Club Del Morocco. Otis Redding, Little Richard, and Etta James all called Nashville home at one time or another. That’s not all either. Nashville boasts the only full-scale replica of the original Greek Parthenon in Athens. Central Tennessee is replete with dozens of great distilleries, many whose operations extend well back to the heady days of Prohibition and genuine bootlegging. Whether it is arts and entertainment, sporting events, great educational opportunities, or just a down right good time, you can find it in Nashville. Come along as we profile the Athens of the South.

Founded during the Revolutionary War, Nashville has long enjoyed importance as a trading and commercial center due to its strategic location on the Cumberland River. Occupied by Union troops early in the Civil War, Nashville underwent significant turmoil during and after Reconstruction. The period leading up to World War II saw heightened interest in the “Lost Cause” myth surrounding the Confederacy. Post-war Civil Rights struggles in Nashville were particularly acute; though not as well-known as those in places like Birmingham or Selma. Historic Fisk University proved a cradle for the nonviolent resistance movement under luminary leaders like James Lawson.

Throughout the turbulent post-war period, Nashville developed a deep and abiding reputation for great music. Today, the city is home to the Country Music Hall of Fame as well as the fabled Belcort Theatre and Ryman Auditorium. The region’s dynamic economy, particularly in the wake of the Great Recession, has helped attract investment and renewed interest in this vibrant Southern city.

Nashville sits along the Cumberland River in North-Central Tennessee and more or less follows the river’s profile. Downtown is ringed by large expressways and clusters of railroad tracks, making it somewhat challenging for pedestrians to navigate. The riverfront area features important attractions like Nissan Stadium, Bridgestone Arena, the Country Music Hall of Fame and Museum, and the Tennessee State Capitol. To the west on the other side of I-40 are the city’s famed institutions of higher education: Fisk University, Tennessee State University, and Vanderbilt University. This is also where you’ll find Music Row, Centennial Park with the Parthenon, and loads of great venues for dining and drinks. East of town is the current location for the Grand Ole Opry, Andrew Jackson’s former plantation known as The Hermitage, and scenic venues like the J Percy Priest Reservoir. In terms of transportation, visitors to Central Nashville can make use of the free shuttle bus that runs along the so-called Music City Circuit. There are also golf carts for hire from companies such as Joyride and Cruzzin’. They operate mostly along Broadway and are an effective way to get around Music Row. The electric scooter craze has reached Nashville too. Bird and Lime both operate here and scooters can be unlocked and rented using a mobile app.

Newcomers to Nashville will certainly want to spend time among the highlights in Central Nashville. Start at Riverfront station take a walk across the John Seigenthaler Pedestrian Bridge. Cumberland Park provides a nice place to snap some photos of the downtown skyline. If you come during a normal NFL season, Nissan Stadium and the surrounding spaces are abuzz on days when the Titians are playing. Of course it’s anyone’s guess at this point if there will be a normal season this year. Go for a walk along the riverfront and enjoy the green spaces there. Take a moment to appreciate your surroundings before crossing back over the pedestrian bridge and heading for Music City Walk of Fame Park. Explore the park and look for the plaques to your favorite artists.

The Country Music Hall of Fame and Museum anchors Central Nashville’s cultural offerings. Since the first inductees were welcomed in 1961, the Hall of Fame has expanded over the years into one of the world’s largest repositories dedicated to preserving and showcasing American music. Through both its permanent collection and rotating exhibitions, the Country Music Hall of Fame and Museum is a first-rate cultural institution and a can’t-miss attraction. At the time of writing, the museum is scheduled to reopen to the public after July 31, 2020. General admission tickets run $25.95 for adults and $15.95 for children ages 6-12. Additional tours and access tickets are also available for an added charge. After leaving the museum, make sure to visit the nearby Johnny Cash Museum. Featuring lots of memorabilia and a preserved example of Cash’s former studio, this is a must-see for fans of the consummate musical talent and cultural icon. To round-out the Country Music tour in Central Nashville, take a quick stroll down Broadway over to Ryman Auditorium. The iconic venue was the longtime home of the Grand Ole Opry and remains a storied performance venue. Ryman’s redbrick exterior and architecture are evocative of a large church, which is why it is known to many as “Mother Church of Country Music.” At the time of writing Ryman had reopened for public tours and maintains a tentative concert schedule for the summer. 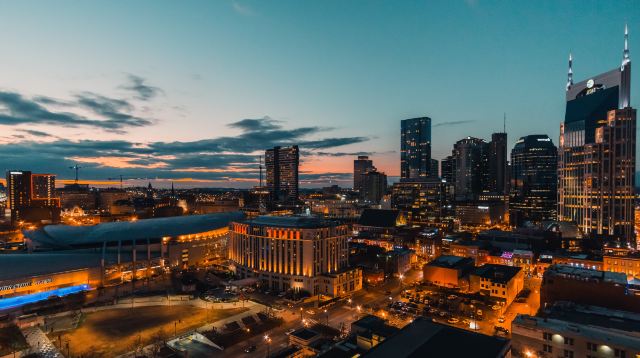 Heading west on Broadway will take you over I-40 and towards Music Row. Turn south on 16th Ave South and look for the 40-foot tall “Musica” Statue opposite Owen Bradley Park. Enjoy a stroll down Music Square West and Music Square East. These two avenues form the heart of Nashville’s Music Row neighborhood. A range of shopping and historic venues dot the area. Be on the lookout for Historic RCA Studio B, the BMI headquarters, and the diverse collection of music-related shops. Once you’ve explored around Music Row, venture over to the campus of Vanderbilt University and enjoy a stroll through the quadrangles with their many tree-covered paths. At the time of writing, Vanderbilt has announced plans to resume in-person, on-campus classes August 24, 2020. Visiting before then might have the benefit of less crowding. Heading west through campus you will reach Centennial Park near Vanderbilt Stadium. Occupying some 132 acres, the park’s lush lawns are beloved by locals and always seem to attract a diverse crowd. The centerpiece and prime attraction is the full-scale replica of the Parthenon. Make your way around Lake Watauga where you’ll find some great locations to photograph the Parthenon. Finish up your tour with a return to Broadway for some music, dining, and entertainment.

East Nashville is considerably more spread out. To cover these attractions you’re going to need some access to transportation. The current home of the Grand Ole Opry is off Briley Parkway. Enjoy some shopping at the expansive Opry Mills, where you’ll find dozens of upscale retailers and places to eat. SoundWaves at Gaylord Opryland is a fun waterpark for families with kids and a good place to cool off when the summertime temperatures spike. Further east and roughly 30 minutes from downtown Nashville is former US president Andrew Jackson’s one-time plantation and property. Jackson’s brutal legacy includes the Indian Removal Act and support for slavery. It was after his term in office when Jackson retired to the Hermitage where he lived out the remainder of his life. Those looking for a bit of outdoor recreation should consider heading to the Couchville Cedar Glade State Natural Area on the shores of the J Percy Priest Reservoir. The extensive natural area is an excellent place to enjoy boating, trail hiking, or some general outdoor activities. The reservoir itself is sizeable and there are ample opportunities for recreational access beyond just Couchville Cedar Glade so don’t feel yourself limited.

Nashville’s reputation for music and entertainment is well-earned. Throw in a regional penchant for the distillation of fine spirits and you have the recipe for a fun and exciting destination. The attractions we’ve highlighted in this short guide provide a fitting introduction to the Athens of the South. We know you will enjoy them every bit as much as we did. If you’re considering taking a trip to Nashville over the coming months, keep in mind that many businesses and venues are not yet operating at full capacity. Be sure to call ahead regarding tickets and current business hours. We’re confident that if nothing else, Nashville’s many parks and great recreation areas will be there to welcome you. Pack your bags, make sure to bring your mask, and come explore beautiful Nashville, Tennessee. 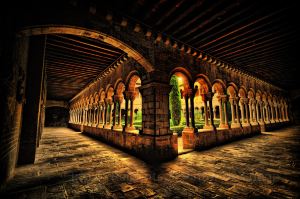 The Best Times to Visit the Top-5 US National Parks
Love.Trip

The World’s Top-10 Best Nude Beaches to Take It All Off
Trip.com 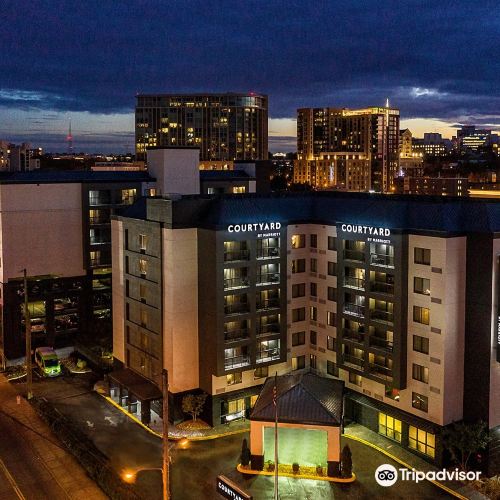 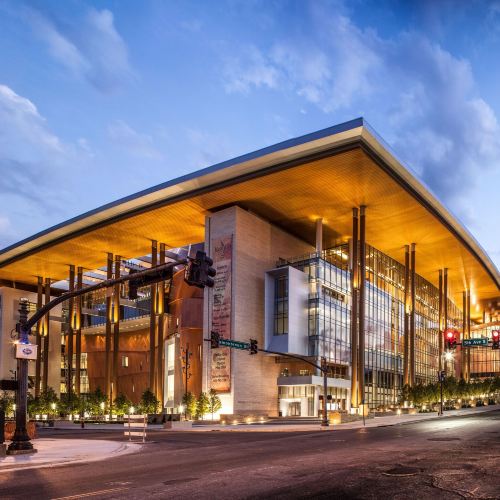 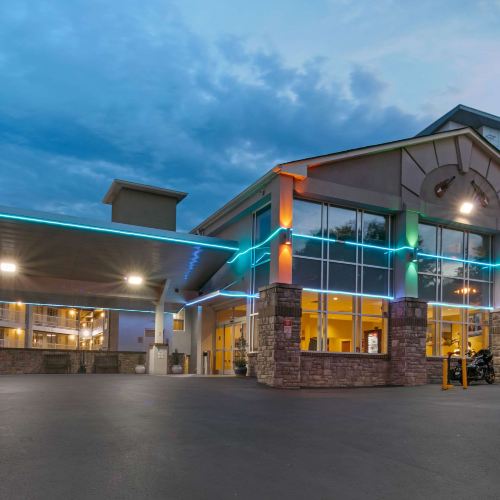 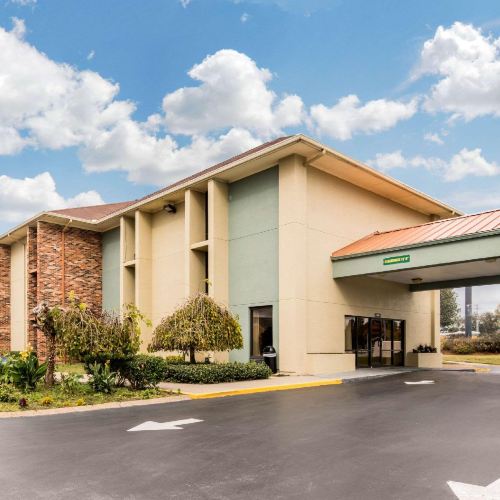