Top 6 Things to Do in Santa Barbara, California: Strolling the American Riviera 2020

Tips: At the time of writing, Santa Barbara authorities have made wearing masks mandatory for both residents and visitors. The city is gradually reopening the local economy to tourism and resuming normal life. Take care as you’re traveling to make sure you observe local ordinances in place to help stop the spread of COVID-19.

Tucked along a narrow strip of land between the Pacific Ocean and the Santa Ynez Mountains, Santa Barbara’s refreshing climate and lovely beachfronts have earned it the moniker as America’s Riviera. Dotted with iconic Spanish colonial-era architecture, Santa Barbara is a fantastic stop when traveling along famed Route 101. 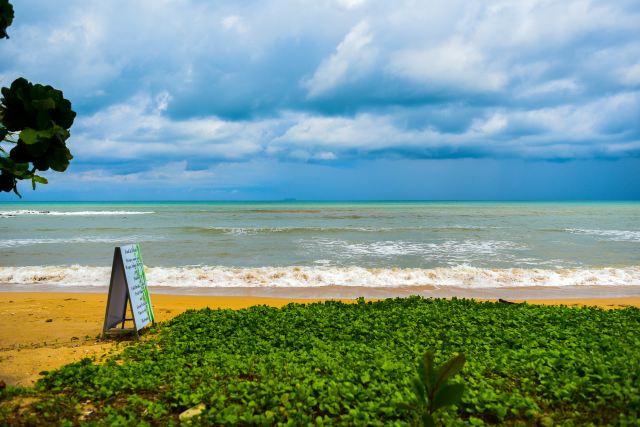 In this short guide we explore how to make the most of your next trip to Santa Barbara and include some tips and things you can do to protect yourself from COVID-19. From art and culture to great outdoor recreation, Santa Barbara packs a mighty punch. This is a place where you can spend your day kayaking the offshore islands and return at night to a wide array of delicious wine and dining options. With so much to choose, Santa Barbara is practically several vacations all wrapped into one. Join us as we go for a stroll along the American Riviera.

The lands that would become contemporary Santa Barbara were first populated some 13,000 years ago when early Native American peoples arrived. Europeans began settling in earnest during the 18th century after Spanish explorers launched several overland exhibitions to the area. In the 1780s, the Spanish constructed a series of military fortifications, one of which was the Santa Barbara Presidio.

Today, the fort’s remains are a central attraction and part of an ongoing archeological effort to find and preserve artifacts from the era. With the end of the Mexican-American War in 1848, Santa Barbara was absorbed into the United States and quickly swept up in the California Gold Rush. As the town attracted settlers and consistent development, it was helped considerably by the discovery of oil in the late 1890s. A devastating earthquake and resulting fires in 1925 damaged 0r destroyed much of the city’s historic architecture, including Mission Santa Barbara. Stability and prosperity flowed in the years following World War II and it was during these decades that Santa Barbara cemented its place as one of America’s premiere coastal areas.

Santa Barbara is compact and easily accessible. The central section covers an area of approximately 10 square miles and extends from the Pacific waters up to the Santa Ynez foothills. Arriving here is easiest from Los Angeles, which is located roughly 1.5 to 2 hours southeast depending on your exact route. US Highway 101 extends up from LA through Thousand Oaks and Ventura.

Santa Barbara Airport is an alternative gateway, sporting a sleek terminal building replete with lots of eye-catching art works. The airport places you right next to the UC Santa Barbara campus and neighboring community of Goleta. Once you make it to Santa Barbara proper, you can orient yourself with respect to East and West Beach, which are separated by Sterns Wharf. The wharf sits at one end of the city’s main thoroughfare, State Street. Much of Santa Barbara’s urban attractions cluster along State Street. This is where you will find a plethora of upscale shopping and dining experiences. The foothills overlooking the city offer several attractive places to hike as do the Santa Ynez Mountains themselves.

Beaches and Parks in Santa Barbara

Santa Barbara’s Mediterranean-like climate means plenty of warm weather and sunshine, just the setting needed for a great day at the beach. The Pacific waters will welcome you with their cool embrace and you can stretch out your blanket along the sands at East Beach.

Part of the continuous waterfront, East Beach unfolds over roughly a mile. The shores here are part of the longest southward-facing coastline on the West Coast. East Beach itself is dominated by the Hilton Santa Barbara Beachfront Resort, an impressive place to say if you’re looking for luxury and proximity to the ocean.

Nearby West Beach is on the other side of Stearns Wharf Pier at the entrance to Santa Barbara Harbor. Further along, Leadbetter Beach connects to Shoreline Park at Santa Barbara Point. Leadbetter’s wide sands make it a popular choice for beach-going games like volleyball or Frisbee. You can easily spread out and maintain a healthy distance from other beachgoers.

A final alternative is popular among artists and those looking for a picturesque sunset. Butterfly beach a narrow strip located east of East Beach past the Santa Barbara Cemetery Association. Butterfly Beach is backstopped by a lovely palm tree grove and rocky shoreline. It’s a great place to view sunsets in the summer and you can often find aspiring artists working away with canvas and easel.

Alameda Park: kids attractions near me

If you’re wandering around inland, make a point to visit Alameda Park, especially if you’re traveling with young kids. The park is home to an 8,000-square foot playground and is a great place to entertain the kids. The adjacent Alice Keck Park Memorial Garden has several walking paths, well-manicured lawns, a turtle pond, and several botanical collections.

If you desire a bit of space to spread out, Parma Park on Standwood Drive is Santa Barbara’s largest city park. Param Park is right at the start of the foothills and features an undulating terrain and lots of paths.

A fun thing to do is take the Rattlesnake Canyon Trailhead and hike up through Rattlesnake Canyon Park. Not to fear, the park’s name comes from its many winding and narrow canyons, not the slithering creatures you occasionally encounter elsewhere. For those, you’ll have to visit Santa Barbara Zoo.

Beaches and parks aren’t the only way to enjoy the outdoors in sunny Santa Barbara. The nearby Channel Islands provide an excellent place to kayak. Channel Islands National Park offers visitors the chance to enjoy several exciting activities including camping, hiking, diving, spearfishing, sea cave exploring. Whale watching tours depart from Santa Barbara Harbor. Tour operators like Condor Express offer tours year round. The waters off the coast here are rich in nutrients and attract a diverse collection of species including blue whales, humpback whales, and dolphin pods. Interested in surfing? In Santa Barbara, you can gain some valuable skills with the help of a local surf school. You’ll be able to Hang Ten and shoot the curl in no time.

Paddle boarding is popular as many of the coves and stretches of water around Santa Barbara are relatively calm and accommodating to beginners. Anglers can take advantage of the various charter fishing outfits and aspiring yachtspersons will find plenty of opportunities to try out their sea legs on a sporting cruise.

Finally, the more terrestrially minded will be thrilled to know Santa Barbara is replete with outstanding mountain biking opportunities as well as iconic golf links. There’s practically no end of the fun and excitement on offer both inland and on the waters around Santa Barbara. This place is nothing short of a recreational paradise.

Santa Barbara sparkles with lots of architectural gems spread out around the city.

Start your tour where it all began, at the Santa Barbara Presidio. The original Spanish colonial fortification is a great place to unpack some of the region’s history. Though rebuilt a few times over the centuries due to damage from natural disasters, the Presidio maintains its distinctive Spanish Colonial style.

The Santa Barbara Historical Museum is located across the street and showcases numerous artifacts from the region’s past and present. Both of these locations are easily accessible if you’re out and about on State Street.

Santa Barbara’s other great historic treasure is the Spanish-era church known as Mission Santa Barbara. Still in use as a Catholic Church, it was founded by early Spanish Franciscans when they were settling the area in the late 1700s. The brick exterior with inset columns, twin bell towers, and stunning alter make this an attraction you certainly won’t want to miss.

Not far away is the Santa Barbara Museum of Natural History. This is a good place for families. Kids will enjoy learning about the region’s wildlife and ecosystems. The museum features a butterfly exhibit and planetarium as well. Finally, it’s only again a short drive to reach Santa Barbara Botanic Garden, a sprawling natural reserve set on some 78 acres and featuring over 5 miles of attractive walking paths, a Japanese tea garden, and lovely exhibits of wildflower arrangements. The Botanic Garden’s many trees include a Redwood grove and some excellent shade along Mission Creek. Be sure not to miss this place.

Santa Barbara County, like many other parts of Southern California is working hard to control the recent outbreak of COVID-19. Visitors to the area can pitch in and do their part to keep themselves and others safe. At the time of writing, Santa Barbara authorities have made wearing masks mandatory for both residents and visitors. The city is gradually reopening the local economy to tourism and resuming normal life. Take care as you’re traveling to make sure you observe local ordinances in place to help stop the spread of COVID-19. Also do your part to exhibit pandemic-fighting behaviors such as washing your hands, wearing a mask, limiting your exposure to indoors areas with lots of people, maintaining physical distancing, and finding ways to simply practice safe behaviors and good hygiene. Everyone wants to get back to normal life as soon as possible; however, the only way to achieve this is if everyone does their part. Keep in mind too as you’re planning your trip that local attractions including museums, restaurants, tours, and cultural events may be operating at reduced capacity or for limited hours. Always make sure to consult the latest information when making travel decisions.

America’s Riviera is a great place to consider taking a vacation this year. The spectacular climate, wealth of outdoor recreational opportunities, vast array of fine dining options, and upscale shopping all combine to make Santa Barbara a truly outstanding destination. We hope this short introduction has helped spark your imagination. As you’re looking for opportunities to travel this summer, pay some consideration to lovely Santa Barbara and experience for yourself the charms of the American Riviera. 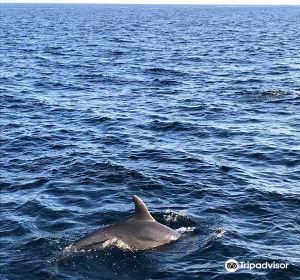 10 Rare and Beautiful Pink Sand Beaches around the World
TripBlog

Top beaches to feel the sunshine in Miami beach
TripBlog

Top 10 Miami Beach Hotels to Enjoy Your Next Vacation
TripBlog

Sunshine and Beaches, Sunbathing at 8 Beaches in Phuket
TripBlog 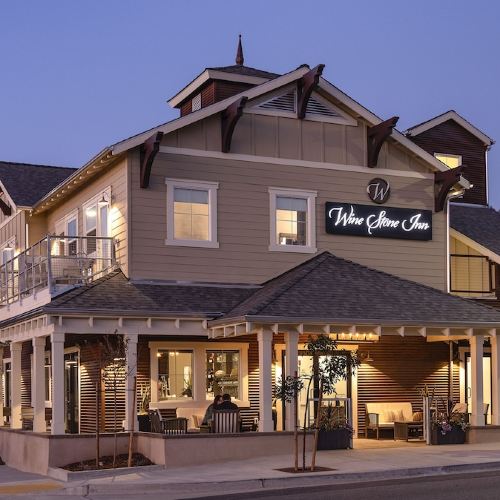 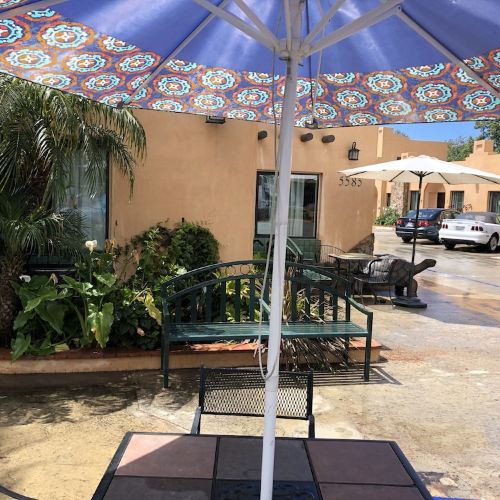 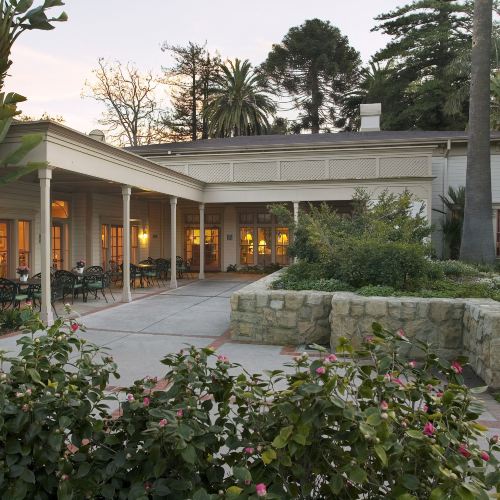 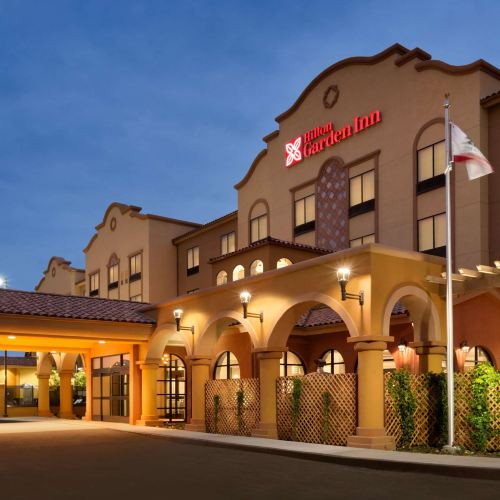 Thanksgiving Getaways: Where to Go for Thanksgiving 2020  |  Top 6 Things to Do in Santa Barbara, California: Strolling the American Riviera 2020