Yosemite National Park is the most visited national park in the western United States Different from the National Park with unique landscape in the southwest, Yosemite attracts tourists from all over the world by its mountains and rivers, lush forests, jagged cliffs carved by glaciers and rippling waters. When winter comes, Yosemite turns into a bright, clean white canvas. There is a very popular spot in Yosemite national park-Glacier Point, however, it is recommended to arrive early because of its limited parking spaces There is also a very famous 4 mile trail walking from the glacier to the valley. If you come during the day, fully equipped visitors can try to climb the Glacier Point and another attraction. Yosemite valley is the easiest to be covered with snow, perfect for hiking in the valley on the soft snow, walking through the forest and feeling the tranquility of winter. Yosemite Falls is one of Yosemite's most beautiful scenery, especially, when winter turns to spring and snowmelt makes the falls even more magnificent. If you want to ski in Yosemite ski area, take a shuttle bus. During the tour in February, there is also the opportunity to see the unique “Firefall” in the Tip: Although there are fewer people in winter compared to other seasons, it is advisable to start early in the morning to avoid the rush hour Especially recommended for the February tour, have the opportunity to see the spectacle of "Firefall". 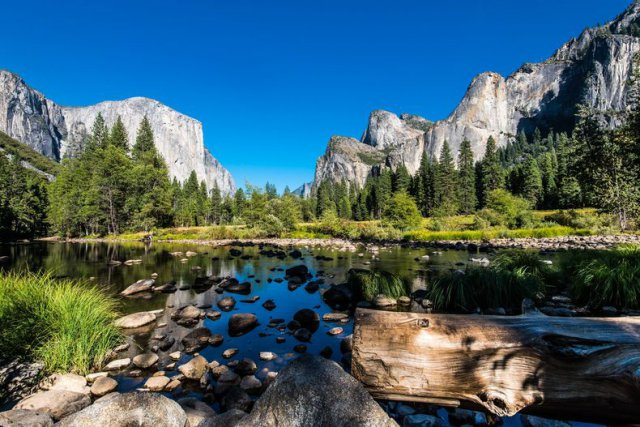 Grand Canyon National Park is one of the world's natural heritages, and the rock formations exposed to the earth's surface can be as old as two billion years. It took 17 million years for the Colorado River to form the spectacular canyon more than 400 kilometers long The Grand Canyon is dry and hot in summer, and the temperature in winter (December to February of the following year) is maintained at 2 ℃ ~ 13 ℃, which is relatively pleasant. The canyon is divided into three parts, south, west and north. Although the North Rim is closed by snow on roads in winter, the West Rim and South Rim are still open (the South Rim is generally recommended). Part of the landscape is covered by snow, showing a clear shaped beauty. There are fewer people visiting the Grand Canyon compared to summer, and it's a great time to enjoy the scenery quietly. If weather conditions permit on the South Rim, the Grand Canyon can be viewed by helicopter. You can enjoy the scenery of the Grand Canyon under the snow with a 720-degree view. It is recommended to drive into the park from the South Gate. Moreover, the park provides free bus, covering the essence attractions of South Rim, convenient and quick. Tip: Although there are fewer people in winter compared to other seasons, it is still advisable to start early in the morning to avoid the rush hour. The terrain of the Grand Canyon is still very dangerous, pay attention to safety. 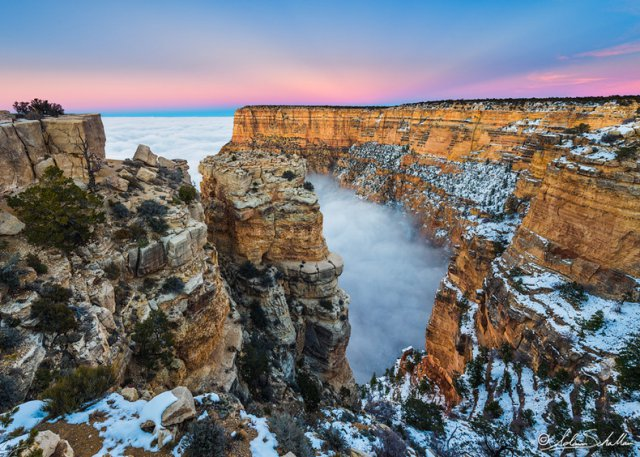 Although Bryce Canyon National Park has the word "canyon" in its name, there are no rivers or canyons, mainly a hillside. There are red rock pillars and sedimentary rocks of lake bed formed by water and wind erosion on the hillside, which looks like a stone forest. When it comes to the most impressive seasonal scenery in Bray Canyon, it's definitely winter! Because many of the strangely shaped red rock pillars become particularly eye-catching in the white snow. There is a route in the park (Scenic Drive) for people to go to the top to see the scenery especially in (sunrise point) to see the sunrise, when a wisp of sunlight on the earth, red stone and snow seems to be fused together. Even in winter, the daytime temperature in Bryce Canyon National Park is rarely below zero, which is perfect for hiking. Moreover, there are relatively few visitors in winter. There are also forest rangers in the park to provide free guidance for tourists on snow hiking and winter astronomical viewing. Have to say that winter is the best time to visit Bryce Canyon! Tip: As the Park Management Office will only clean snow of sidewalks and the observation deck at sunrise and sunset. Therefore, the park has made it mandatory for visitors to wear waterproof and antiskid climbing boots or snow boots in winter. 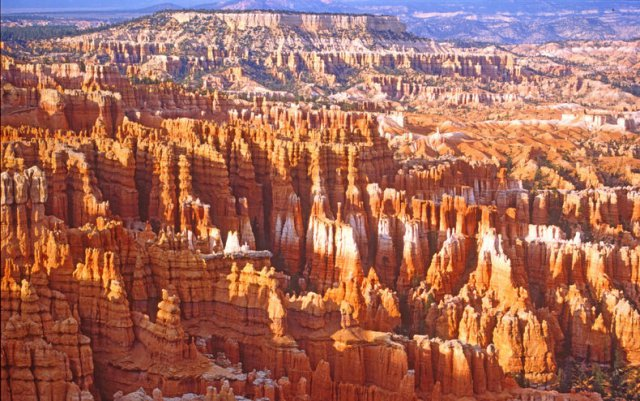 Although Zion national park doesn't have “canyon” in its name, it does have one. With red rocks, it is different from Bryce's vicissitudes. There are many plants and animals in Zion, which has a beautiful landscape. It you want to see the beautiful scenery of Zion National Park, you can only walk. The main scenery is concentrated in the nearby scenic corridor of Zion canyon. Especially in winter, snow and ice give Zion Canyon a white coat. Walking in the white Valley of Zion, it seems to accept the baptism of the soul. Visitors can challenge the Angel's Landing route to the top of the canyon, which is one of the top ten hiking routes in the United States. The route is rugged, difficult to walk, and a little bit of stimulation, which will definitely make you excited. When you get to the top, you will have a sigh of relief and enjoy the view like an emperor. White snow covered with red rocks is under the foot. The stream winds along the mountain. It is very worthwhile to see the scenery (if there is a lot of snow, it is not recommended to walk including children, the elderly and people with high phobia climbing). As the winter in Zion is also warm, so there is no snow blocking the road. Even if it snows, there will be snow shovels to clean up, Even in the coldest January, the lowest temperature is about - 67℃, which is very suitable for hiking. Tip: Some of Zion's hiking routes are extremely steep and slippery in winter, so it is recommended to do as you can. Although there are fewer tourists in winter, the park is very small, the lane is very narrow, and the parking space is very small. It is recommended to start early in the morning to avoid the crowded peak.

Death Valley National Park is the largest national park in the United States. It is also the hottest, driest and lowest national park. The park has dark yellow sand dunes, barren land, steep canyons and tall mountains. Looking at it, it is desolate. The valley of death is worthy of its name. The death valley is extremely hot in summer, with a maximum temperature of 56.7 ℃. In winter, the temperature drops, but it's not cold. It's even warm. It's really a good place to stay away from the cold. Because of the extreme climate, Death Valley inside has formed a unique, rich and fascinating landscape. The park is mainly divided into four areas--- Furnace Creek Area, Panit Spring Area, Tube area and Scotty Castle area. Most famous scenic spots are concentrated in Furnace Creek Area. The best observation place is Dante's eye of Dante viewing platform, where you can have a panoramic view of the famous Badwater Basin in death valley. It can also take a full picture of death valley, which is very spectacular. The walking stone in the salt lake of racetrack is the famous scenic spot of death valley and one of the most mysterious natural phenomena in the world. In the open riverbed, the stone will form a long track by automatically moving. You can enjoy the golden surface, the Milky Way, sunrise and sunset at Zabriskie Point. Other famous scenic spots are: Devil's golf court, big dune. Tip: There are rattlesnakes and scorpions in death valley. Please pay attention to keep safe. Death Valley is desolate and dark at night, so when you watch the starry sky at night, you should be more alert. Even in winter, the valley is still hot and dry. Please prepare enough drinking water. There is a lot of sand in the valley. Remember to wear gauze and sunglasses. 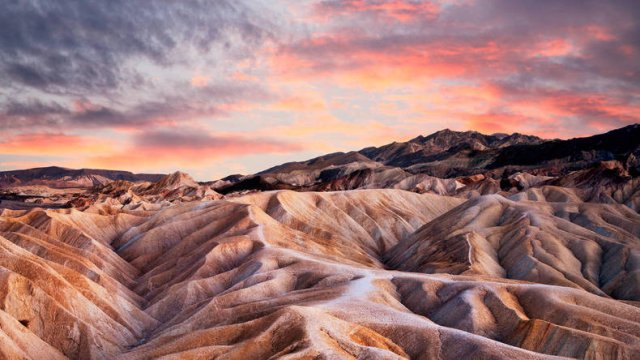 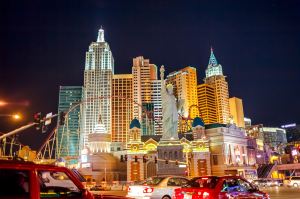 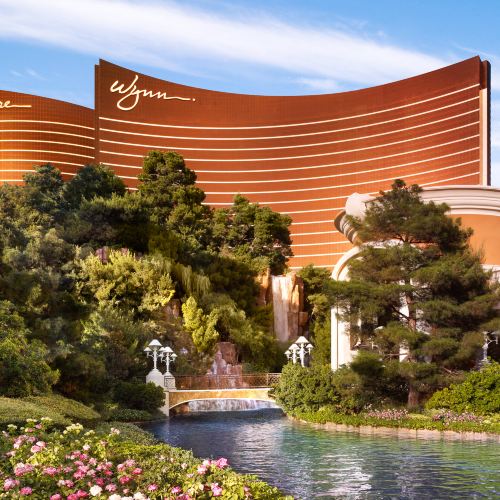 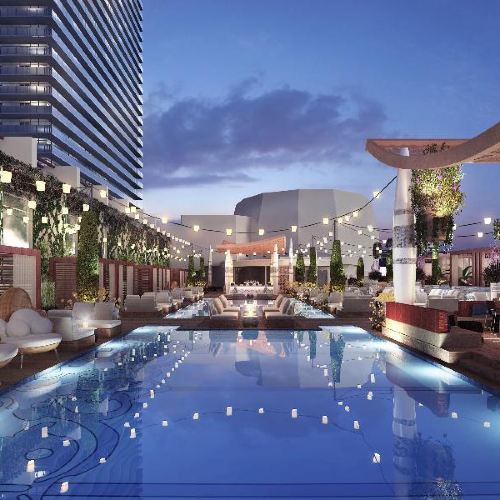 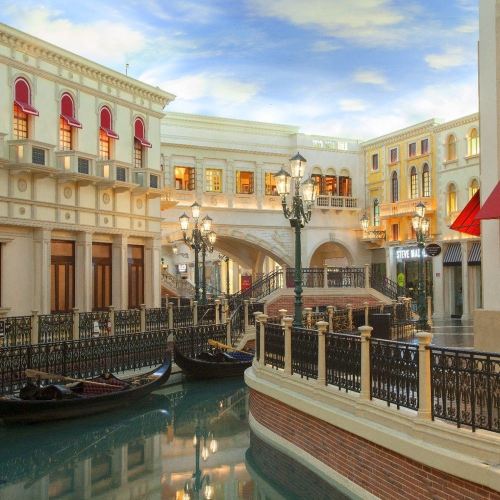 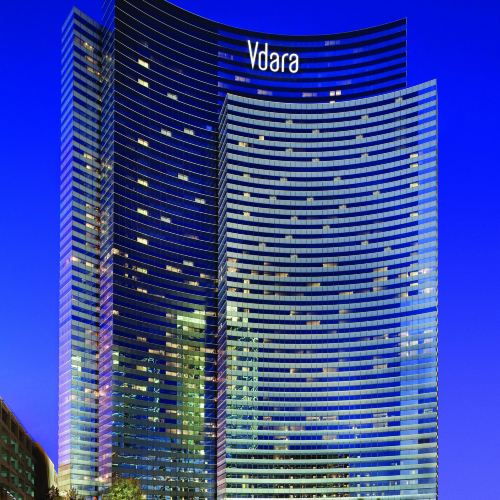